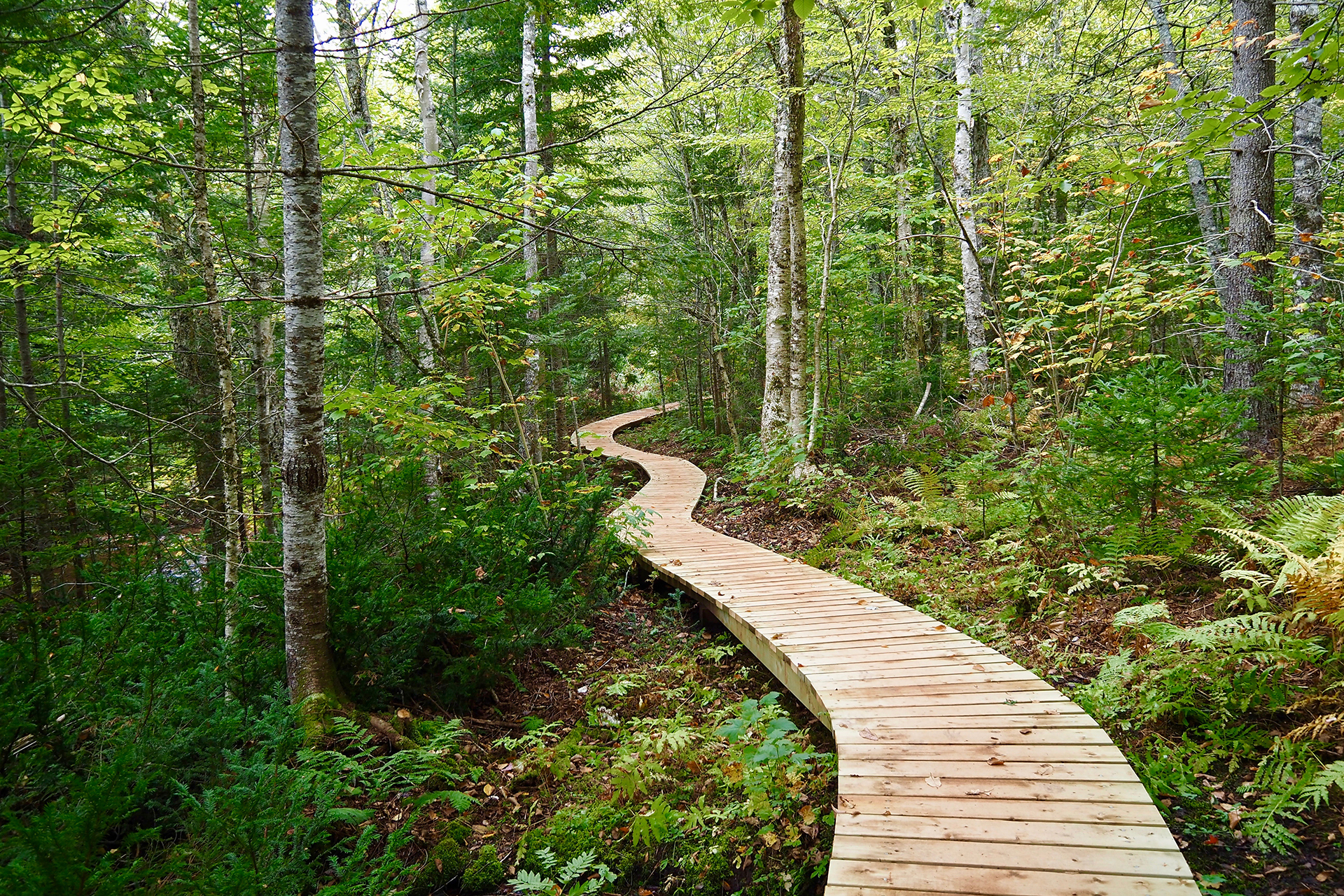 Following 114 years of railway service, on December 28, 1989, Canadian National Railways ended its provision of rail transport on Prince Edward Island. It then divested itself of the abandoned right-of-way.

The late Donald Deacon, and avid cyclist, activist, and philanthropist had cycled similar non-used rail lines in the United States. There, the Rails to Trails Conservancy had successfully lobbied to transfer and convert the abandoned rail beds to cycling and hiking trails. Donald recognized the same opportunities existed for recreation and tourism on Prince Edward Island.

After holding several public meetings, PEI Rails to Trails was established. Donald?s determination to see the 274 km. of rail bed, running from Tignish in the west, to Elmira in the east, converted to recreational use was finally realized in August of 2000.

Prince Edward Island Trails, Inc. (Island Trails) was established in 1994, as a successor to PEI Rails to Trails, coinciding with the formation of the Trans Canada Trail. The Confederation Trail is this province?s contribution to that great work. The new organization assumed an expanded mandate to promote, develop, and maintain a network of trails in the province.

Promotion and protection of the Confederation Trail has continued since that time. The development of the woodland hiking trails component began in about 2003, with the identification, and lobbying to access the Dromore Woodland site.

Serious planning began for that trail in 2005, and permits, funding, and construction took place over 2008 to 2009. It has been designated the PEI portion of the International Appalachian Trail. The remaining six woodland trails followed a similar but much accelerated course. Their construction was completed in 2010.

The work continues, with plans in place for upgrading several sites from the list of Other Hiking Trails elsewhere on this website.

Island Trails is a non- profit corporation which is presently governed by a new Constitution that was adopted at the 2010 Annual General Meeting and amended at the September 2018 AGM.